We had a veritable cascade of shire members recognized for their service at this year’s Blackstone Raid!

Lady Crystal MacUrsus was brought before Their Majesties, who noted her labors on behalf of events such as the Tournament of the White Hart and others in her group. In recognition of her acts of service, They were moved to name her a Companion of the Keystone. Scroll by Mistress Maria Christina de Cordoba. 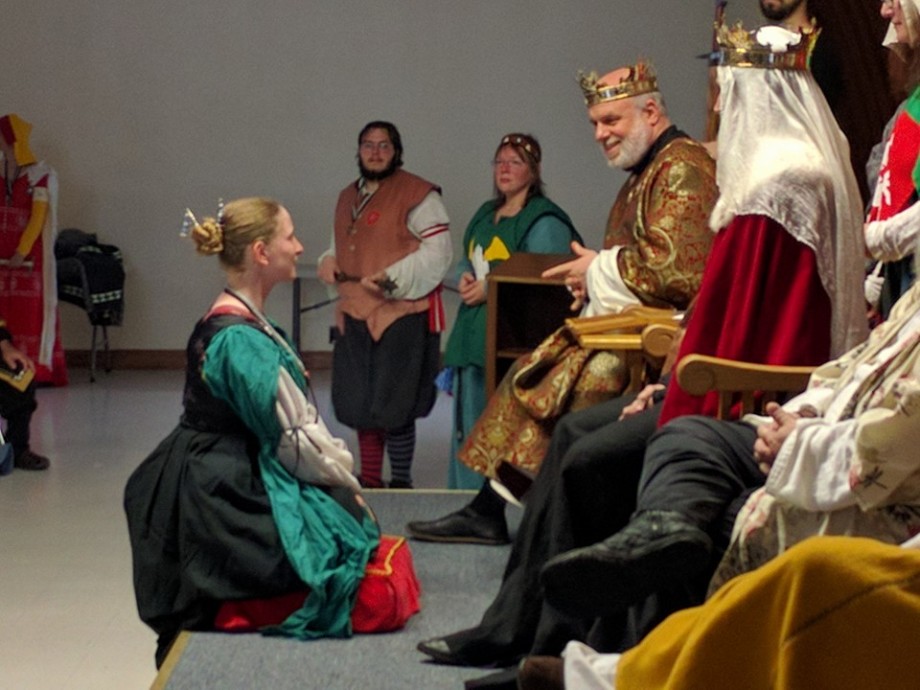 Lord Gremian Ulfhednar was next summoned to attend Their Majesties. Again, Their Majesties remarked on the service he provided to White Hart and other events, performing setup and cleanup alike. Being moved by reports of his dedication, Their Majesties saw fit to name him a Companion of the Order of the Keystone, thus Awarding him Arms. Scroll by Mistress Maria Christina de Cordoba. 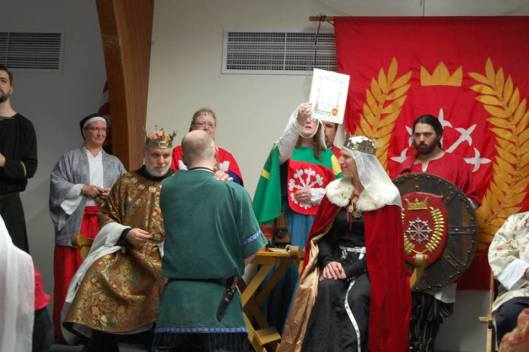 Their Majesties called into Their presence Lady Kismira Rothiem, and spoke with her of her work as reservations clerk and at the registration desk for Blackstone. In recognition of her service to the Barony, Their Majesties created her a Companion of the Keystone, further Awarding her Arms. Scroll by Master Caleb Reynolds. 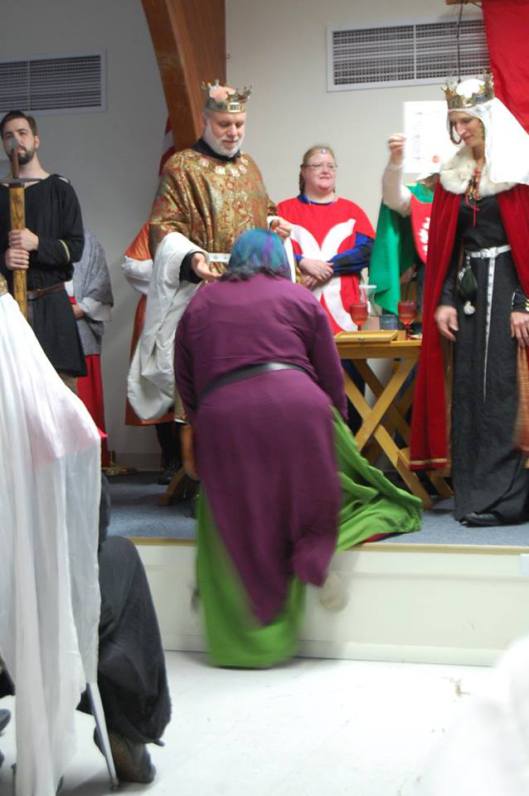 This Navigator is a digital publication of the Shire of Port Oasis of the Society for Creative Anachronism, Inc. (SCA, Inc.).

The Navigator is made available by the shire's chronicler and is available in print upon request. It is not a corporate publication of SCA, Inc., and does not delineate SCA, Inc. policies. Copyright © 2009 Society for Creative Anachronism, Inc.

For information on reprinting photographs, articles, or artwork from this publication, please contact the Chronicler, who will assist you in contacting the original creator of the piece. Please respect the legal rights of our contributors.